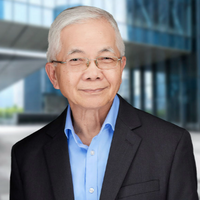 While growing up in Viet Nam, Tuan Tran attended Saigon City University of Law and served in the Viet Nam Air Force. He came to the United States as a refugee and excelled during a distinguished, 29 year tenure, at Verizon Communications – receiving both the Chairman’s & President’s Team Leadership Awards while in charge of a National Network Control Center. During his time at Verizon, he helped mentor numerous direct reports into their own career advancement and leadership positions throughout the company. After successfully retiring from telecommunications, Tuan’s enjoyment of making a difference in people’s lives helped motivate him to rejoin the workforce and utilize his expertise in investment strategies.

He joined LPL Financial in 2007 and has been with the Thiesen Dueker Group since 2014, delivering positive results by balancing client expectations with market realities. His life-long experience of problem-solving during high-pressure situations, combined with a result-driven focus and superior analytic skills, have allowed him to successfully reconcile a variety of financial issues. In addition to his work, Tuan enjoys volunteering at his church, for a Charity for the Blind in Viet Nam, as well as other local charities. He and his wife are extremely proud parents of a son and daughter, both medical doctors, who also share his great passion for helping others. His enthusiasm inspires others to push beyond their own initial expectations, and he strives to live by the words written by the author, Kevin Stirtz,“Know what your customers want most and what your company does best. Focus on where those two meet.”